This weeks guest blogger is from my good friend Gia Lynn . I was really happy when she agreed to stand in for me this week and I know you will too. I love her words.

The power that music has over my life is either a sweet blessing or a cruel reminder of all things past – places in my heart and soul that have been brought to the surface by the songs that marked those times.

If there isn’t a word yet for those of us who are “musically sensitive” someone needs to invent one, as our experience can be profound and disturbing – or, if not disturbing, at least deeply moving.

I like to say that I am “on the spectrum” – that is, the music spectrum.  Those of us on the music spectrum, much like the autism spectrum, have the complete inability to “tune out” music, are deeply irritated by distasteful music, and get completely immersed and transported by our chosen music.  We also can be completely transported through time and space back to the feelings that took over our fragile existence when being triggered by a song that marked that idyllic, bittersweet, or painful fraction of time.

I don’t think I’m a fan of being brought back to a time period in my life where my existence was pure, my hopes were high, and my dreams were as lofty as the twin towers.

Why wouldn’t I want to be?  This rose-tinted childhood, full of anticipation like the candy-apple scented wait for the carnival ride under a Fourth of July sky, would be pierced like the towers – the slap of later experiences causing shame, jadedness and a vague sense of deep disappointment that has overshadowed all of the subsequent chapters of my life.

Hearing a song from that idyllic time – it’s like placing an innocent child in a well-protected bubble with her favorite music and watching her play with full knowledge of what will come and forever shatter her bubble. Painful. 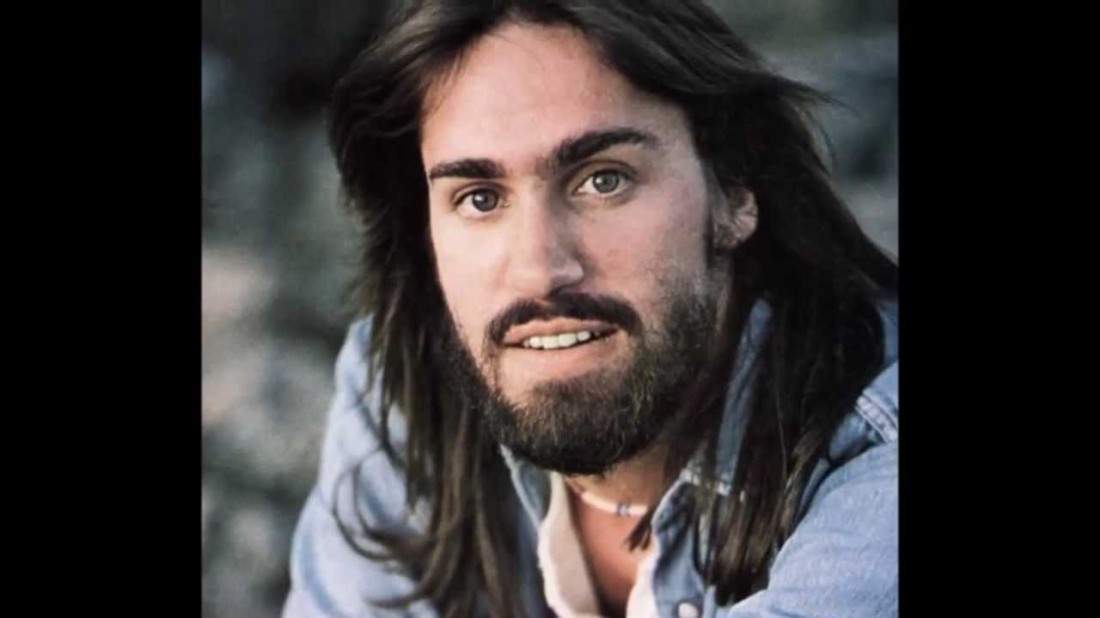 Every era of music has its own distinct feel, and often entire stages of development are attached by an intergalactic string to that song or group of songs.

I was triggered in this way the other day by a song that had dug itself deep in to the trenches of my pre-teen psyche – a Dan Fogleberg song with its trademark folk-pop, acoustic guitar, story-telling lyrics, and gentle but passionate vocals.

I actually don’t even remember which one it was – Leader of the Band, Hard to Say, Heart Hotel…. It’s quite hilarious that my current Rage Against the Machine-loving-self was at one time so imprinted by the gentle music of folk/pop artist Dan Fogleberg, but I was.

Dan Fogleberg was a great artist.  I was taken right back to my pre-adolescent heart – sitting in my room quietly listening to his music, hanging on to every lyric as his story unfolded.  I was full of wonder, curiosity, innocence, and sensitivity, and my world was carefully protected from the knowledge of my future.

I remembered every expectation that I conjured up in my eager mind, and the exciting pull of so many different directions.  There was my budding intellect and all the curiosity that came with it, there were the social expectations, which caused me anxiety because they were diametrically opposed to the intellectual expectation, and there was my burgeoning interest in music, which I wanted to dive head first into but knew that I must keep under a rock as my parents would rather I be a crack dealer than express any serious interest in taboo “rock music”.

These weren’t intellectual memories, they were feelings – rust orange, like the color bittersweet – more bitter than sweet.  This was a time when the heart of a sensitive soul can be etched like the tracks of an old vinyl record.

The Dan Fogleberg song brought it all back.  But not too many of my lofty, or even reasonable hopes came true, and hearing songs that marked hope and innocence from the other side of the twin towers is sobering, unwelcome nostalgia – like witnessing a beautiful wax sculpture slowly melt and disintegrate before your eyes.

Sometimes nostalgic music is not painful, and just triggers a bemused train of thought.  From the same satellite station I heard some “smooth sounds of the 70’s” genre, and was immediately transported to a childhood days at the park by my house as a little kid.   – poolside with the scent of suntan lotion or hanging out by the bleachers, closely observing the twenty-somethings,  “Slow Dancin’” by Captain Hook and  “Summer Breeze” by Seals and Croft         brought me right back there.

I remember women in clogs and shorts flirting with guys who were either completely stoic, completely absorbed in the game, or trying to act tough.

I wondered why everyone was so sports obsessed in that town.  I watched with some combination of fear and amusement, wondering how I would handle such interactions when I was a teenager, but also just enjoying the moment of these small town innocent park gatherings.

I knew that their weddings and slow dances and adolescent traumas would be marked by such 70s music, and wondered at the fate of people who get stuck in an era whose music they don’t actually like.

Before my pre-teen wonderment were a few years of pretty much bliss, marked by sunny summer days riding my bike, coloring rocks on the front steps, and playing records on our big entertainment console, complete with TV encased behind doors in the center, vinyl turn table on top, and built-in speakers on either side.

I loved that thing, and I was happy.  I would dance around and do gymnastics in the house, and my world was a combination of sunny days, Spirograph, dance routines, chasing barn cats, and following my father around to see if he would teach me to build something or let me drive the tractor.

“Whenever I See Your Smiling Face” by James Taylor was my favorite song for a while, and I thought I was a bad-ass eight year old because there was a (very tame) guitar solo in this song.  I have heard this song and am transported like a hologram back into my eight – nine year old self – by the console on the shag carpet, in the sunny house that I loved, living a carefree hopeful childhood bubble.

I wish I could go back and relive those years, and then somehow divert all of the boulders that came pelting from the sky just a few years later to shatter my vision. 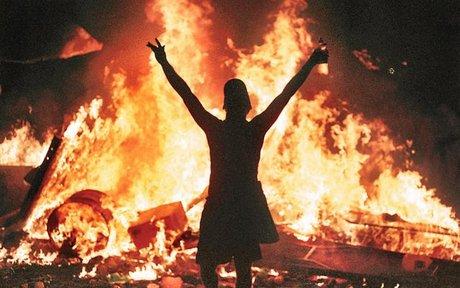 In this nostalgic journey marked by the soundtrack of my life, I will completely bypass the decade between the seventies and the nineties, as it’s too painful to reference.  Being subjected to songs from that era is like rubbing sandpaper over my internal organs.

Songs from then bring me right back to the pain, and I get angry when subjected to them.  Admonitions from others to just “tune out” music or careless lack of attention to background music are met with the sinking realization that I and those like me will never be understood.

Eighties music, I want to shove into a vault and set it on fire after bashing it with the wooden mallet that I just recently fashioned in my survival class.  But I do a good job of tolerating painful musical references in public places, and have restrained myself from running out of the room if I have to hear Madonna.  I would rather control my musical world though, as it’s so precious to me.

I cannot say that I would rather be devoid of appreciation for music, as it is my passion.  But I do wish my friends and associates would be a little more sensitive when I grit my teeth and beg for another station to be played while riding in their car!

Until then, I make it my life’s work to be equipped with headphones much like the survival gear that outdoor enthusiasts carry with them, and I know the precise amount of good music to immerse myself in after an unfortunate episode of being subjected to 80’s music while being caught off guard.

I guess I will nurture my musical sensitivity while gently trying to explain to others exactly why that Tears for Fears song causes me pain!

Be sure to check out Gia’s awesome blog. She is an amazing writer. Huge thanks my friend!!!!!

5 thoughts on “The Power of Music”